The Best Way for a Forechecker to Start the Forecheck

Today’s post is going to be short because it is a very simple concept. Yet it can make a big difference on the forecheck. If an opposing defenseman has control of the puck behind his/her net, which side of the net should the forechecker force him to go? Before I give the answer, let’s consider the goals of the forechecking team, which are:

1. Prevent access to the defensive zone
2. Recover the puck to transition to offense 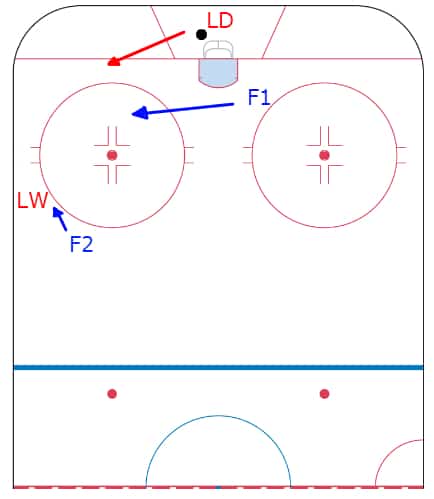